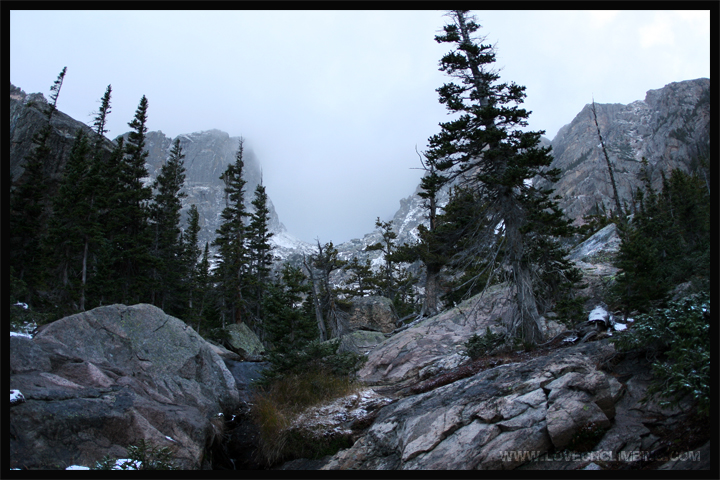 Yesterday Charley and I went to Rocky Mountain National Park with the hopes of getting on Mirkwood and Eternia.  As we got closer to the park we realized that the snow storm might have covered the top-outs and everything looked like it could be wet up there, so we headed to Emerald Lake.  We warmed up on the Kind boulder and decided to get on Storm Shadow stand start.  I worked this problem for 10-15 minutes in the summer when the temperatures were high 80’s and got so shut down on it.  This time the friction was great maybe in the low 40’s.  At first it took us maybe an hour to figure out the beta but then it all clicked.  I felt at the move for the lip once and after that the snow storm got crazy. Everything was getting wet but after 30 min it stopped snowing and the rock got a little dryer on the top-out.  I had a few more unsuccessful attempts and then did all moves perfect and finished Storm Shadow stand.  It looks like the season might be over soon at RMNP so this was a great finish after being injured for a month.  Here are few photos from yesterday: 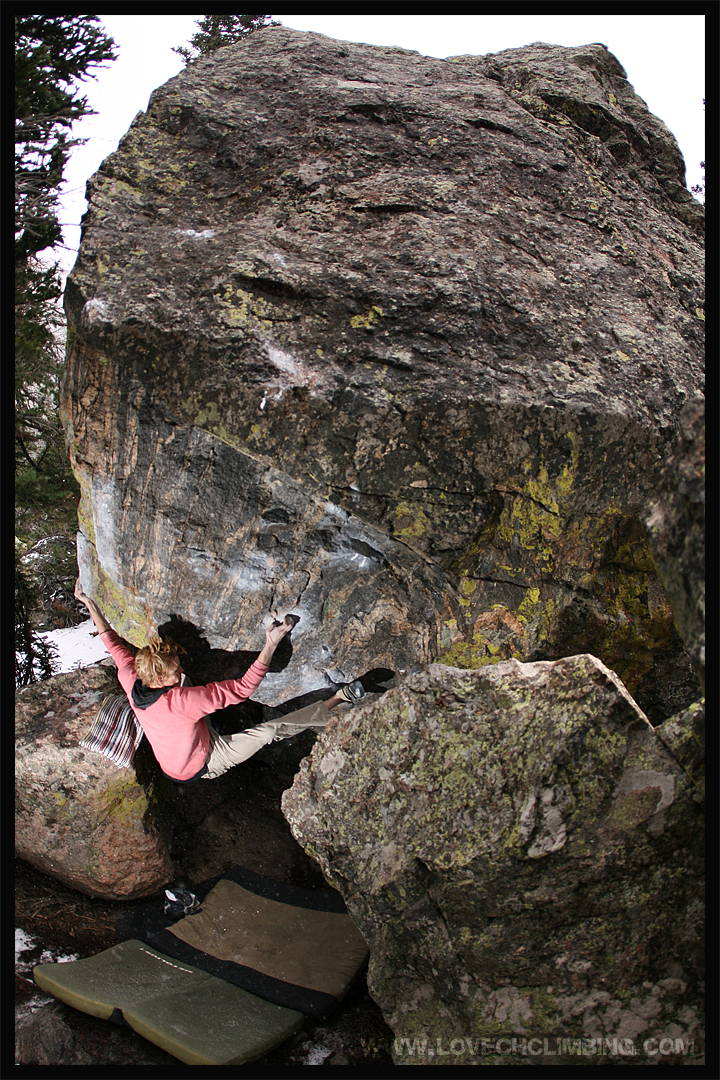 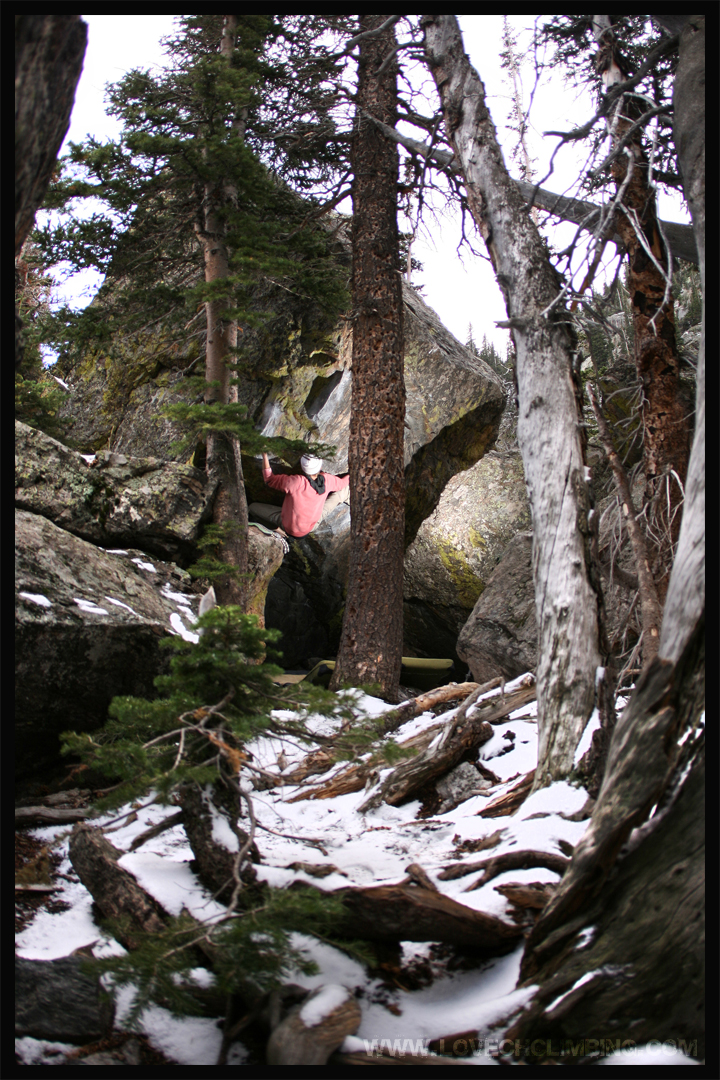 we got an inch of snow while climbing this problem

Emerald Lake region at around 6pm 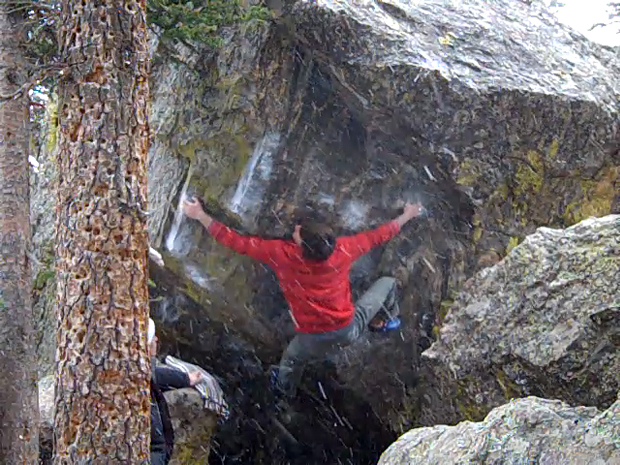 Mt Evans - Bouldering at Area B